ARRAY PRESENTS THE RHYTHM OF THE NIGHT

ARRAY is taking audiences back to the heyday of rhythm and blues and rock and roll with a triple feature showing of musical films:

THE FIVE HEARTBEATS, LA BAMBA, and THE SAPPHIRES

One ticket. Your choice of three films. Decide which film you’d like to watch when you arrive in one of our unique movie areas: Amanda Cinema, ARRAY’s Cinema Lounge, or under the stars in Queen’s Court. This is a summer movie night you won’t want to miss!

Los Angeles teenager Ritchie Valens, played by Lou Diamond Phillips, becomes an overnight rock ‘n’ roll success in 1958. But as his star rises, he becomes haunted by a recurring nightmare of a plane crash just as he begins his first national tour.

THE SAPPHIRES (2013) directed by Wayne Blair

In 1968, four Aboriginal young women navigate family ties, love and war as their singing group leaves their homeland for Vietnam to entertain the US troops during the height of the Australian civil rights movement. Voting at a Free Screening of ‘Selma’ in DTLA [WATCH]

As online registrants filled a downtown parking lot, filmmaker Ava DuVernay cast her ballot nearby & urged others to do the same. Beverly White reports for NBC4 News at 11 p.m. on Oct. 30, 2020.

END_OF_DOCUMENT_TOKEN_TO_BE_REPLACED The acclaimed filmmaker also shares what viewers can expect from her HBO Max series One Perfect Shot.

END_OF_DOCUMENT_TOKEN_TO_BE_REPLACED If you’re based in Los Angeles, California, consider your plans for the weekend of Aug. 14 settled. Ava DuVernay, film queen of taste and giving back, is setting up a two-day only drive-in by way of her non-profit, Array.

END_OF_DOCUMENT_TOKEN_TO_BE_REPLACED 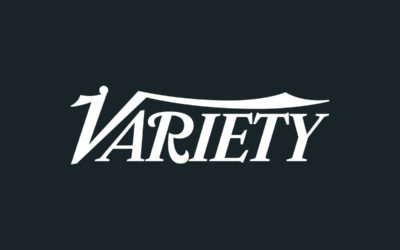 The acclaimed filmmaker also shares what viewers can expect from her HBO Max series One Perfect Shot.