Despite its platitudes, the NFL has still yet to offer former superstar quarterback Colin Kaepernick a deal to return to play. However, the activist athlete has now snapped a whole new kind of game by officially teaming up with Ava DuVernay for a limited series on Netflix.

Long-time friends and campaigners-in-arms for social justice, the When They See Us filmmaker and the outspoken ex-San Francisco 49ers QB will collaborate on the scripted six-parter Colin in Black & White. Focused on Kaepernick’s teenage years and early football, basketball and baseball successes in Turlock, California, the Michael Starrbury penned limited series will put particular emphasis on the influences and circumstances that developed the social and cultural conscience of the young man adopted by a white family. 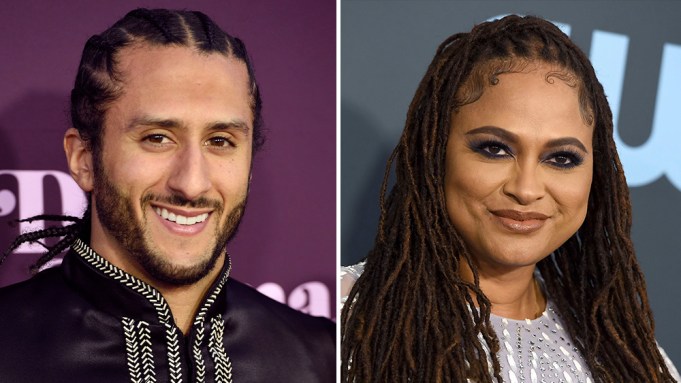 Having found himself shunned by the NFL since 2016 after kneeling during the national anthem as a protest against police violence, Kaepernick is set to narrate Colin in Black & White. Also working on a self-published memoir, the once and perhaps future NFL star will also executive produce the series with Emmy nominated When They See Us alum DuVernay and Starrbury.

With scripts completed last month, the ambitious project is aiming to start shooting in the fall, I hear – if possible with the ongoing coronavirus pandemic. Colin in Black & White is a Netflix Original Production, with DuVernay’s ARRAY producing too. No word yet if the very busy DuVernay will direct on the high profile and long rumored project.