‘Cousins’ Review: The Ties That Bind

This sprawling drama breathes cinematic life into the 1992 novel by Patricia Grace about the diverging paths of three Maori cousins in New Zealand.

The Maori family at the heart of “Cousins” greet each other by pressing their foreheads and noses together. The camera does the same: It peers deep into the characters’ faces, as if imprinting them onto its lens.

The first face we encounter is Mata’s (Tanea Heke) as she walks dazedly through an unnamed city; the noises and textures around her blur together. With that same sensory dislocation, the film takes us back to her childhood, when she was separated from her family by her white father and placed in an orphanage. 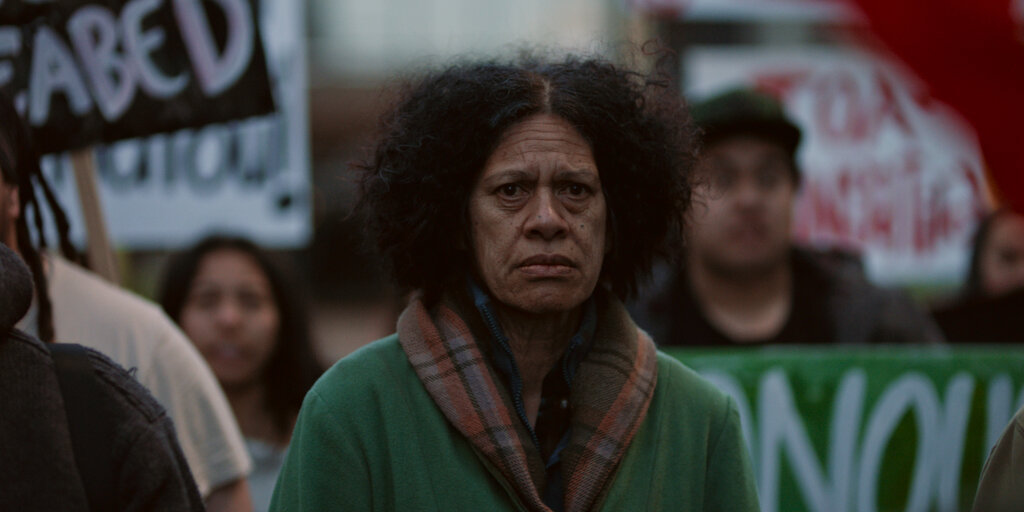 This tragedy begets several more in the sprawling “Cousins.” Directors Ainsley Gardiner and Briar Grace-Smith breathe gorgeous cinematic life into the 1992 novel by Patricia Grace (Grace-Smith’s mother) about the diverging paths of three Maori cousins in 1940s and ’50s New Zealand. A few years after Mata disappears, Makareta (Tioreore Ngatai-Melbourne) flees home to escape an arranged marriage. Missy (Hariata Moriarty), realizing that the wedding is their family’s desperate attempt to consolidate and retain their ancestral lands, takes her cousin’s place.