Film Review: ‘The Burial of Kojo’

Folk tales have always existed to give shape and meaning to the formless randomness of ordinary life, and to account for why certain occurrences — the death of a parent, the rejection of a lover, the rivalry between brothers — can have an impact on our psyches disproportionate to their un-mythic scale. This is a function of storytelling brought to gloriously vivid, lyrical life in Ghana-born, Brooklyn-based Blitz Bazuwale’s intimate yet resplendent debut “The Burial of Kojo,” in which a young woman recalls her childhood and the father she adored, though her memories are increasingly jumbled up with fantasies until it’s impossible to tell which is which. 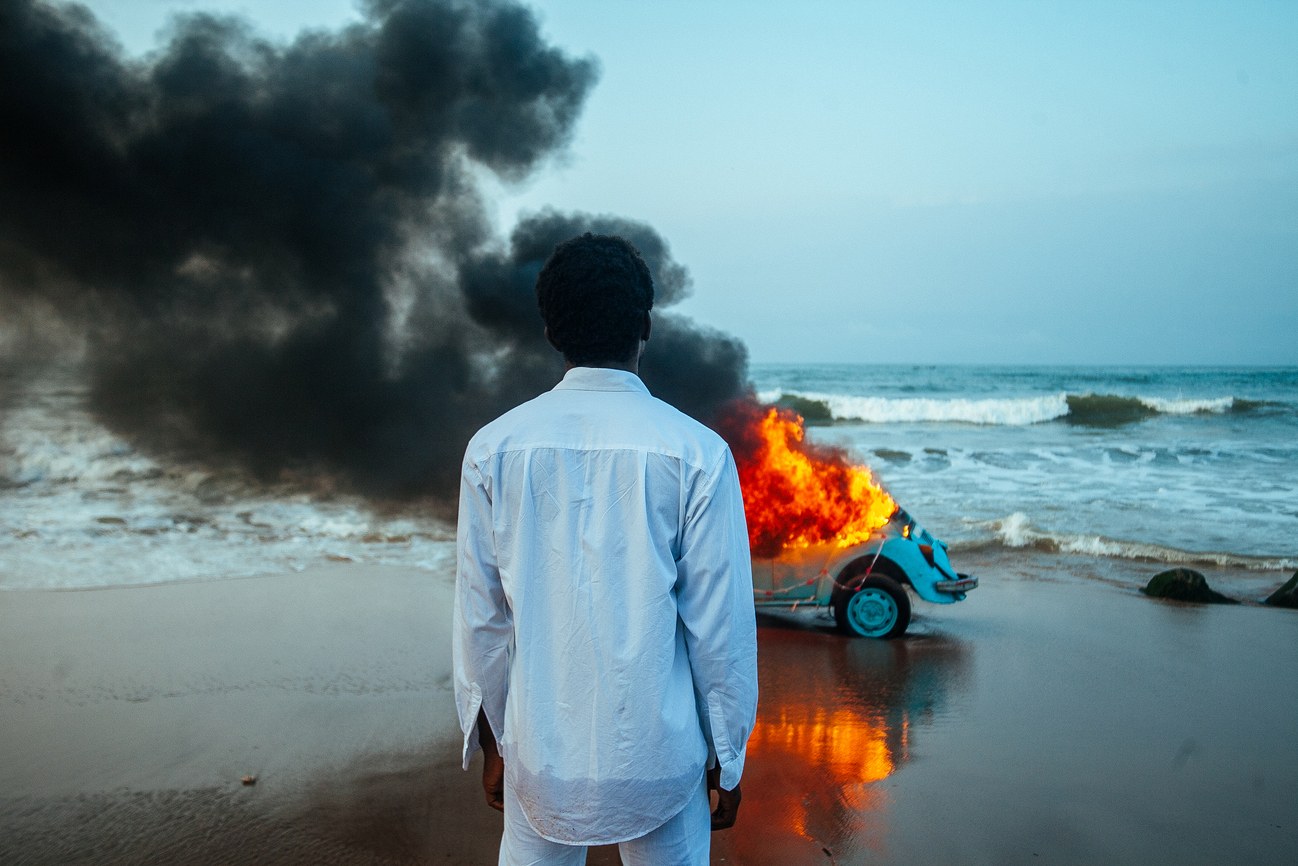 Bursting onto the screen in striking image after striking image, the film is a collection of fragments about Kojo (Joseph Otsiman) the sad-eyed, shiftless but charming father of little Esi (Cynthia Dankwa, in a lovely, solemn performance for one so young). We meet him in his recurring dream-that-might-not-be-a-dream, narrated in melodic, accented English by Esi as an adult (Ama K. Ababrese). Kojo stares out at the breaking waves of the seashore where an incongruous bright turquoise Volkswagen bursts into orange flames and belches black smoke into an empty sky.